The Wonderful History of Colloidal Silver and Its Benefits 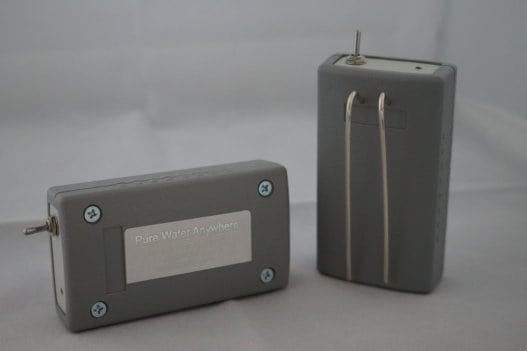 The wonderful history of colloidal silver began 6000 years ago during the many wars that were fought in hand to hand combat, where they marched line by line head on to meet their foe. There was no escaping the onslaught unless of course, you were a King, one of the Nobles or maybe a General, and only then were you allowed to stand back and watch the battle from afar.

For the average man, injury was almost inevitable and death a natural conclusion with the dirt and the dust of the battlefields, bringing with them infection and fevers that the warriors had no way of controlling. There were no medications as we know them now, no refrigeration to store foods or milk, and no possibility of using fresh herbs as a medication to help and to heal, as these battles were generally fought on barren plains with little or no vegetation.

The story goes that one of the Macedonian warriors covered his wounds with beaten silver to keep the flies and dust away, and, as time wore on, instead of the wound becoming infected and gangrenous, the wound healed itself well and without any scarring.

Thus, beaten silver was taken as part of the supplies when the warriors went to war, mainly by the wealthier soldiers of course, due to the cost, but their servants were often treated by the silver to prevent infection and illness.

As time progressed, the population came to realize that pure silver coins in their milk would keep it from going rancid and silver added to their food would keep it fresh on a long journey. With simple herbs, it was the medicine of the time.

Coming forward into 1400 to 1700s, the aristocrats of England and Europe started to make their drinking goblets and dishes from silver to allow the silver to mix with their food and drink to prevent them from becoming sick.

There is another story of one of the Kings of France whose enemies wanted him dead, so they decided to poison him by putting arsenic in his goblet. But to their dismay, he did not appear to get any weaker, so after many months they became too confused and frightened to continue. His goblets were made of pure silver which is the reason, given by historians, for his immunity.

In the times of the plague, silver proved an advantage for the wealthy, as overall they were protected and their immune systems were kept strong. In fact, they started taking cruder doses of silver (falsely thinking “more is better”) and because the silver was taken in such large doses their skin turned a blue colour – becoming known as “Blue Bloods”. As only the very wealthy could afford enough silver to turn the skin blue, it is a term used even today to denote the wealthy.

Colloidal silver is still used today as a safe and easily dissolvable mineral with wonderful skin healing properties for burns, wounds and infections. It can be sprayed or rubbed on the skin in liquid or salve form, or ingested orally as a dietary supplement, offering both antimicrobial and antibacterial benefits that our bodies would otherwise not be able to produce, as well as medicinal properties against various illnesses such as colds and viruses.

Our downloadable eBook 101 Uses for Colloidal Silver includes over 100 amazing uses for colloidal silver, both for the body and around the home, in handy booklet form that can be kept on your devices or printed to be read around the house. Learn why silver is kept in burn units across the country, and how colloidal silver can be an asset that you can utilise and implement in everyday life.

Those taking colloidal silver as an oral, or dissolvable, the supplement will also benefit from owning our battery-operated Portable Water Purifying Machine, which purifies up to 225ml of water on the go in just 90 seconds, using electrode rods (replaceable) for safe and chemical-free water purification. It also comes with a handy carry case and booklet containing helpful hints and tips for purified water use in general.
You can view our fantastic range of products, and other helpful masterclasses on homeopathy, naturopathy and more, by just visiting Naturopath Australia.